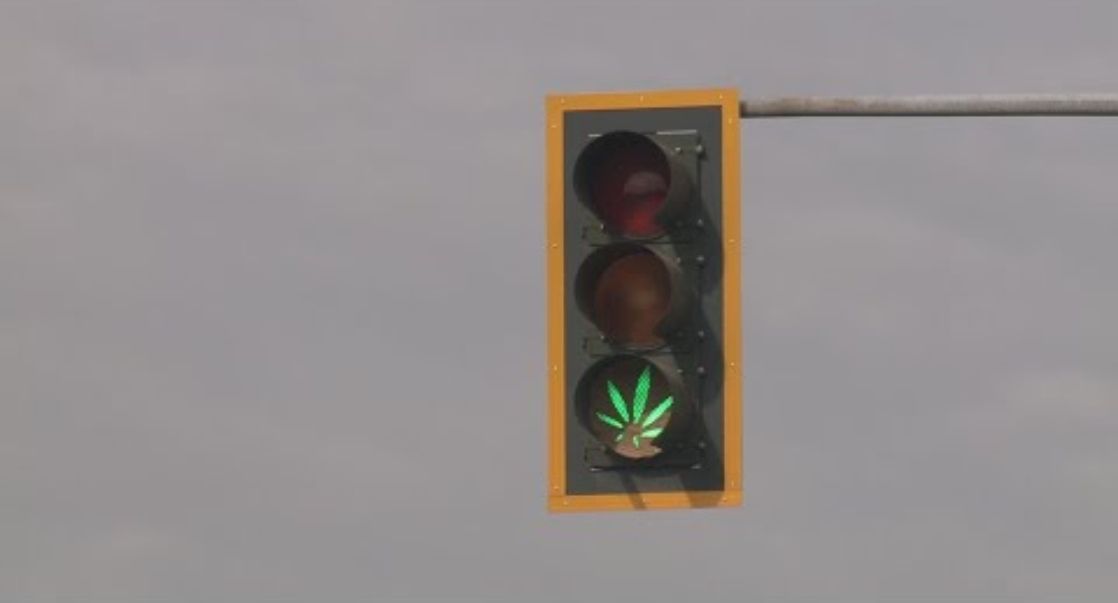 City authorities from Spokane, Washington clipped the leaf as soon as they could, but for a while, motorists got a dope reminder to “go green.”

Drivers at the corner of Nevada and Bridge streets in Spokane, Washington, briefly got to enjoy a pot-positive prank last week after someone placed a cardboard cutout of a marijuana leaf onto a green light. City officials, unlike everyone else, were not amused.

After authorities dispatched workers to trim the glowing ganja, Marlene Feist, Spokane’s Director of Public Works, advised citizens to be on the lookout for any other traffic light weed leaves.

“Our biggest concern would be for the safety of the installer and the motorists using the street,” Feist said. “Nevada is one of our busiest north-south arterials.”

Five years ago, an even more detailed green-light enlightenment happened in Serbia. In that case, a prankster painted each light a different shape — the red light was a heart, the yellow light was the sun, and the green light was a pot leaf.

At that time, Serbian police said they wouldn’t bother investigating. Local resident Andjelka Stojkovic stated, “Although I am middle-aged, all this looks sweet.”

While highly amusing, these traffic light gags pale in scope next to another public pot prank from January 1, 2017 — when someone altered L.A.’s iconic Hollywood sign to read, “Hollyweed.”

In that case, the bud-loving vandal used tarps to turn the sign’s two o’s into e’s. Eight days later, Zachary Cole Fernandez, a 30-year-old Los Angeles artist, turned himself into police and got booked on misdemeanor trespassing.

Fernandez said he had read about a previous “Hollyweed” sign alteration in the 1970s and mounted his own to “bring positivity into the world.” For his efforts, weed guru supreme Tommy Chong tweeted, “I gave Zach, the Hollyweed guy, a pound of weed as a gift.”

The prior incident occurred in 1971, when art student Danny Finegood similarly used fabric to convert the o’s into e’s. The same thing happened again in 1983, as part of the opening scene of the party-hearty raunch comedy Hollywood Hot Tubs (1984) — ask a Gen X stoner how many times they passed a bong around with buds while guffawing over that one on late-night cable TV.

Mike McPadden is the author of “Heavy Metal Movies” and the upcoming “Last American Virgins.” He writes about movies, music, and crime in Chicago. Twitter @mcbeardo