The news is fantastic for the European hemp industry 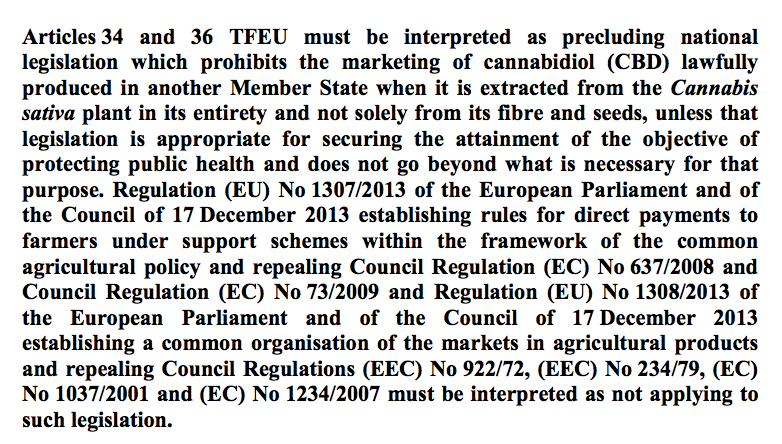 The European Union’s high court said Thursday that CBD derived from the entire hemp plant is not a narcotic under an international drug treaty and is therefore subject to EU law on the free movement of goods among member states.

The landmark interpretation of the 1961 U.N. Single Convention on Narcotic Drugs, handed down by five judges at the EU Court of Justice in Luxembourg, sets a precedent for the regulation of hemp-derived CBD products in Europe and could lead to a shift in how CBD extracts are produced.

The milestone ruling, which considers only cannabidiol extracted from the entire plant, comes as the EU hemp industry awaits the European Commission’s final decision on whether flower-derived CBD should be regulated as a narcotic. Read their full report at the end of the article

Here are some clauses of passages we’d initially highlight. 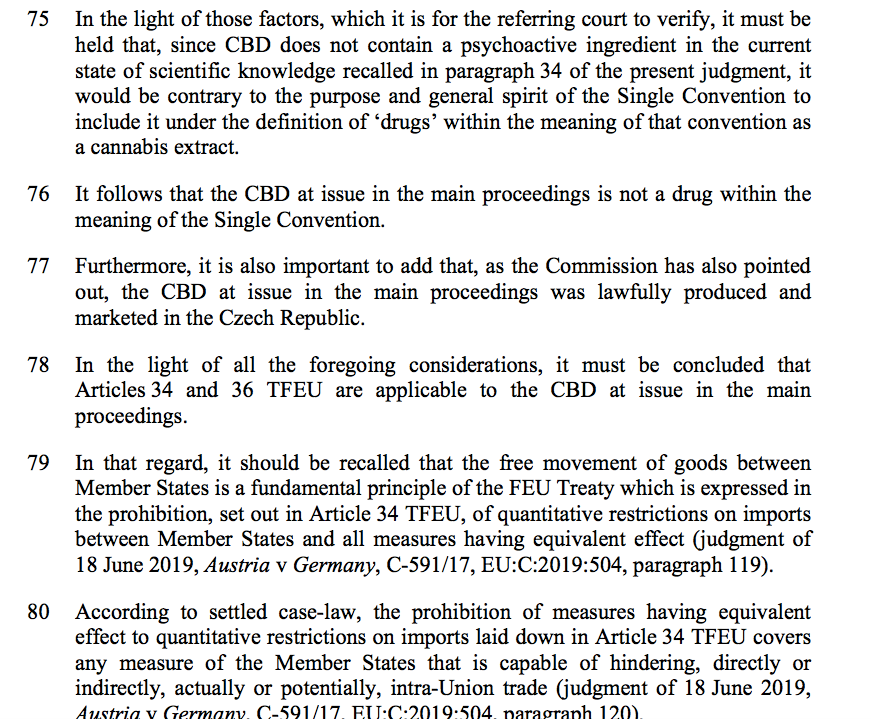 Here is the Ruling in full

Top EU court: CBD is not a narcotic, can be freely traded on EU market