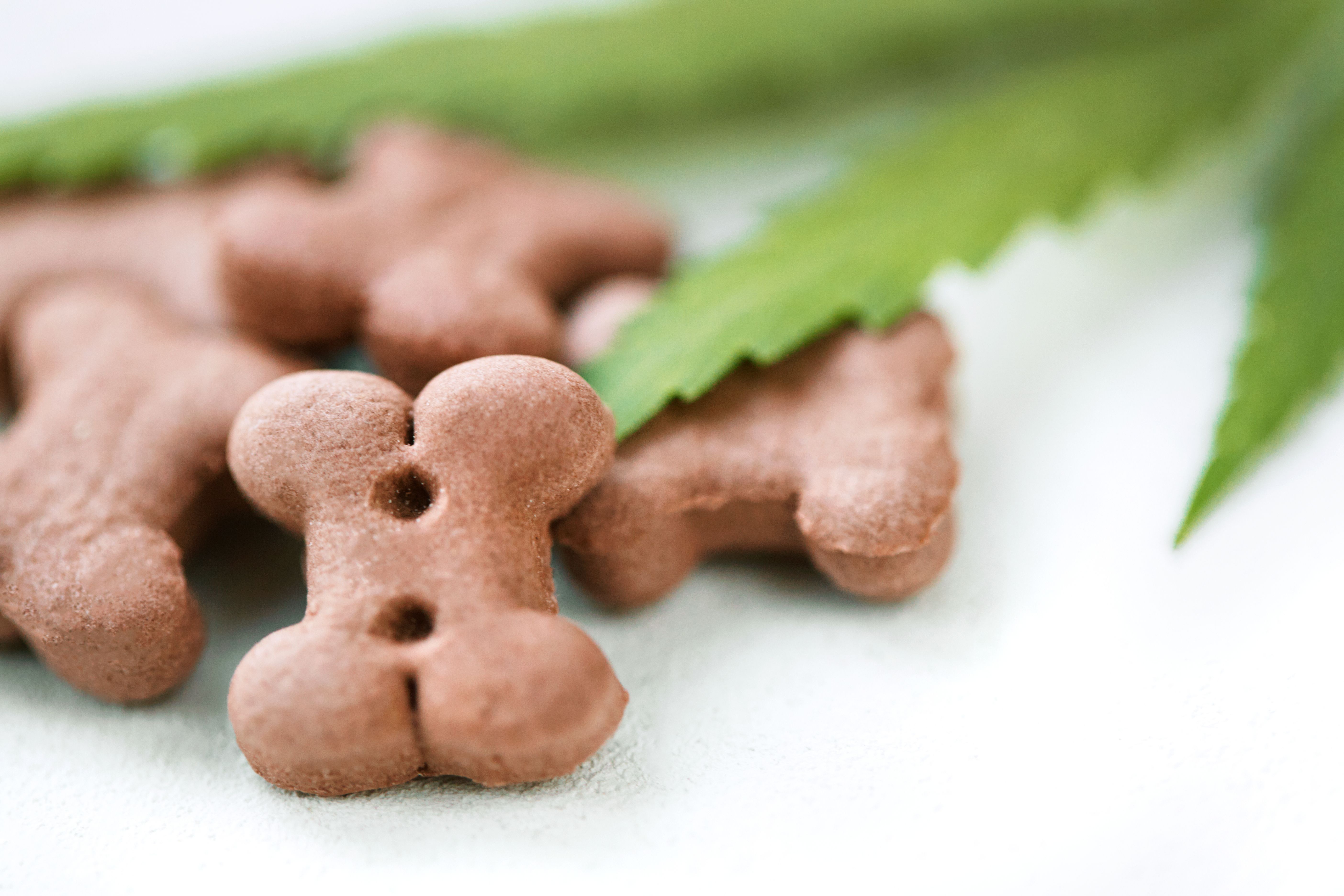 Cannabidiol (CBD) use is gaining traction in human and veterinary medicine. Federal legislative changes have opened the door to the distribution of hemp products—as long as they contain less than 0.3% of tetrahydrocannabinol (THC),1 a psychotropic that’s potentially toxic in animals.2,3

CBD has been touted for managing anxiety, seizures, cancer, and pain in dogs and cats. However, the FDA discourages its use in these species,4 as data is scarce on appropriate dosing, long-term effects on serum chemistry, and pharmacokinetics for single or long-term dosing.5,6

An uncontrolled study recently published in Animals found that while CBD-rich, hemp-based nutraceuticals appear generally safe in a small group of dogs, adverse effects like slower absorption and rapid elimination were observed in cats.7 Further research is needed to fully understand the safety, metabolism, and overall utility of CBD in dogs and cats.

The objective of this trial was to determine the single-dose oral pharmacokinetics of CBD and to provide a preliminary assessment of safety and adverse effects during medium-term administration of a hemp-based product to healthy dogs and cats.

The veterinarian performed physical examinations on all subjects at the start of the study and weekly thereafter. Adverse events observations were made regularly, specifically noting vomiting, loose stool, pain, and distress.

A complete blood count (CBC) and serum chemistry panel were performed on all subjects prior to the start of the study and every 4 weeks during the trial.

Additionally, a separate pharmacokinetics analysis was performed on 6 of the 8 cats and dogs on the first day of dosing at several time points (dogs: 0, 0.5, 1, 2, 4, 8, 24 hours, cats: 0, 1, 4, 8, 24 hours). CBD was extracted from serum using a combination of protein precipitation and liquid-liquid extraction.

Breaking down the data

Physical exams revealed no abnormalities or weight alterations, and neither inappetence nor behavioral changes were reported in any of the subjects during the 12-week investigation.

The acceptance rate of the CBD-infused chews in the dogs was 96.7%.

No significant change in blood chemistry values was reported during the study period. However, mean alkaline phosphatase (ALP) levels rose consistently and sequentially, though staying within the reference range. Cats experienced similar rises in alanine aminotransferase (ALT)— 7 cats remained within the reference range for ALT, but one cat manifested elevated ALT throughout the treatment period. Significant decreases from baseline in blood urea nitrogen (BUN), triglycerides, and creatine kinase were observed in cats.

CBC values remained consistent for the animals throughout the study but for minor but significant drops in mean corpuscle volume (MCV) in the dogs and eosinophils in the cats.

The pharmacokinetics data were reported for 5 dogs— the sixth dog did not consume the entire chew by time 0 and was dropped from this portion of the study. For cats, 2 subjects salivated heavily following administration of the capsules and thus were not among the 6 cats included in the pharmacokinetics evaluation.

The dogs absorbed the CBD more rapidly and thoroughly than the cats, with respective mean maximum concentrations (Cmax) of 301 ng/ml and 43 ng/ml, and mean areas under the curve (AUC) of 1,297 ng-h/ml and 164 ng-h/ml. Mean time to maximal concentration (Tmax) was just 1.4 hours in dogs, versus 2 hours in cats. Dogs metabolized CBD more quickly, with mean elimination half lives (T1/2) of 1 hour for dogs and 1.5 hours for cats. Mean maximal retention time (MRT) in dogs was just 1.4 hours, far shorter than 3.5 hours in cats.

The glycerol/starch/fiber-based chew used for the dogs is a food bolus considered adequate for optimizing CBD serum concentrations over that previously reported using an oil base.8 However, the retention and half-life times appeared shortened at 1-2 hours.

This raises questions about the therapeutic efficacy of this chew formulation at the current CBD dose of 2 mg/kg twice daily. An osteoarthritis study using a whole plant extract showed benefits in dogs receiving a 2 mg/kg dose of CBD.9 Additionally, a canine seizure trial found efficacy at 2.5 mg/kg, producing effective serum concentrations of 200-800 ng/ml. However, delivery methods were not reported.8More work is needed to better understand how food influences CBD absorption and pharmacokinetics.

To date, the absorption of orally-administered CBD in cats has not been investigated. In the current study, maximal serum concentrations in the cats are one-fifth those in dogs. This blunted effect could be attributed to the fish oil base and may suggest that larger doses are necessary for pharmacologic efficacy in cats.

Researchers concluded that hemp-based CBD appears safe in healthy dogs and cats. However, adverse effects were seen in both cats and dogs, including mild clinical signs, modest elevations in liver enzymes, and benign CBC fluctuations. However, the study was uncontrolled and it is unclear whether these effects are attributable to the delivery vehicles versus the CBD.

Additionally, the trial was small, and limited in scope and duration. Further insights might be gained from testing CBD in a broader population and incorporating animals of different ages and maladies.

Current FDA recommendations discourage the use of CBD in pets, and regulatory policy surrounding hemp use is uncertain. More investigation into its safety and efficacy in animals is indicated.

Dr. Joan Capuzzi is a small animal veterinarian and journalist based in the Philadelphia area.