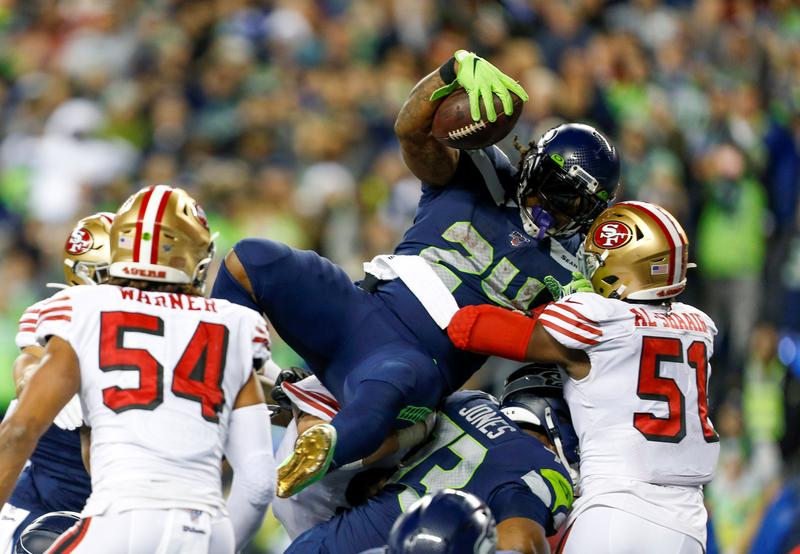 (Reuters) – With a newly launched cannabis brand and an ebetting endorsement, five-time Pro Bowl running back Marshawn Lynch is building a business empire doing all the things everyone told him not to.

Lynch earned the adoration of Seattle Seahawks fans – for whom he hoisted the Lombardi Trophy in 2014 – en route to becoming widely admired across the National Football League (NFL) during his career.

Now the 34-year-old is focused largely on his entrepreneurial endeavours, he told Reuters, including a SportsBettingDime.com endorsement, and his Dodi Blunts business, a crafted cannabis brand in his native Oakland, California, that distributes to 24 retailers in the Bay Area.

“It’s just seeming like everything that I grew up, you know, watching all my folks go to jail for, being harassed and looked at as criminals and as bad people, all of that shit is being legalised now, to where you’re getting praised for getting into illegal shit now that it’s legal,” said Lynch.

“This was everything that I had to stay away from while I was in my career.”

Dodi Blunts is a passion project for Lynch with a goal to “raise up Black and Brown communities”. It counts the Last Prisoner Project — a nonprofit organisation that focuses on cannabis-related criminal justice reform — as a partner.

“There is still a negative stigma just around (cannabis),” said Lynch. “With everybody wanting to get into this opportunity that is a business venture now… it’s not looked at as ‘you smoke weed, so you’re a bad guy or a criminal.’”

A famously frugal and practical person, Lynch has cautioned younger NFL players here to look out for their financial future, while building a personal empire that includes his Beast Mode Marketing and a stake in a Fan-Controlled Football team.

“As far as what I feel is next for me it’s just… not biting off more than I chew and maintaining what I got in order to create something that I never had,” said Lynch, who led the NFL in rushing touchdowns for two consecutive seasons in 2013 and 2014.

With numerous current and former professional athletes building their own business portfolios, he’s quick to shrug off suggestions that his is the lone path from the playing field to entrepreneurship.