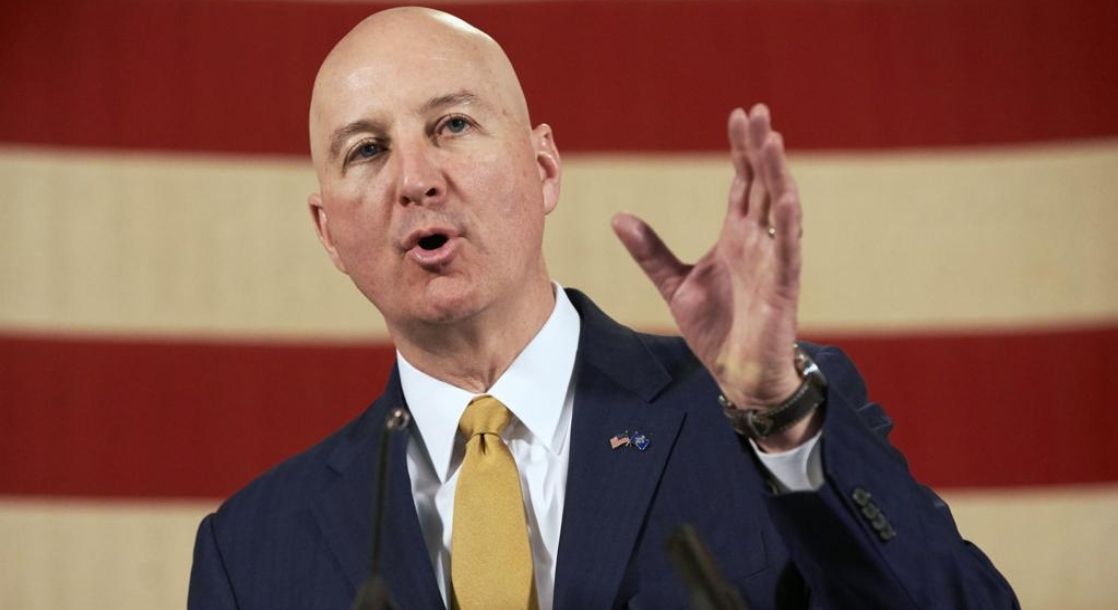 Nebraska Governor Declares: “There Is No Such Thing As Medical Marijuana“

Gov. Pete Ricketts has resorted to lies, myths, and misinformation in a last-minute effort to convince his constituents not to legalize medical marijuana.

Nebraska voters may have a chance to legalize medical marijuana during this year’s election, but Governor Pete Ricketts has made it abundantly clear that he wants the Cornhusker State to say no to medical pot.

“There is no such thing as medical marijuana,” Ricketts claimed in a press conference held last week, KMTV reports. “This is not something that would be prescribed by a doctor. It’s not going to be distributed through a pharmacy. These are dispensaries that would be in your communities… This is not a benign thing. This is a dangerous thing.”

Of course, 33 other US states, hundreds of peer-reviewed clinical research studies, and dozens of other countries disagree with Ricketts’ offhand assessment. The federal government has even approved one cannabis-derived medicine to treat childhood epilepsy disorders.

The governor argued that “people show up to work stoned” in states where medical pot is legal, “and that puts them at greater risk for accidents on the job,” WOWT reports. Research studies have found that the exact opposite is true, however. Data from the US Bureau of Labor Statistics shows that workplace fatalities have actually decreased by as much as 34 percent in legal-MMJ states. Another recent study also found that off-hours use of recreational or medical cannabis has no impact on job performance.

Anti-legalization rhetoric is incomplete without an appeal to think about the children, and Ricketts heartily embraces this trope. “We know that this has a huge impact on children, their development, their you know their cognitive development, their development in their brain is impacted when they have access to marijuana,” he said, according to WOWT. While it is true that some research suggests that adolescent cannabis use could be risky, it is also true that underage pot use has actually decreased in states where weed is legal.

Governor Ricketts has also taken his personal war on weed online, posting an article entitled “Marijuana is a Dangerous Drug” on his official website. In this statement, the governor argues that “marijuana remains a federally banned controlled substance whose medicinal value has not been tested.” Ricketts cherry-picks two studies showing some potential risks of cannabis use, while continuing to ignore hundreds of studies proving that cannabis can effectively treat dozens of conditions without serious side effects.

Ricketts also tries to conflate the very real dangers of synthetic marijuana with natural cannabis in an attempt to confuse voters. The governor notes that a batch of synthetic marijuana, or K2, has resulted in hundreds of overdoses across the state this year. Ricketts calls this increase in K2 use “an informal medical experiment” and “yet another reminder of how dangerous marijuana can be.”

Local cops have already tried to shut down the legalization initiative by filing a legal challenge arguing that the ballot measure violated the state’s single-subject rule. Nebraska Secretary of State Robert Evnen shot down the challenge and qualified the measure to appear on the ballot, but the battle has now moved to the state Supreme Court.

Chris Moore is a New York-based writer who has written for Mass Appeal while also mixing records and producing electronic music.