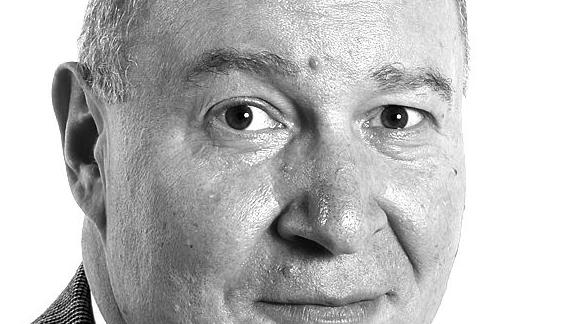 After years of defeats, the cannabis crowd should finally get its way in New Mexico.

Voters purged most conservative Democrats from the state Legislature in this year’s primary election. Their departure means legalization of recreational marijuana has its best chance ever of passing.

A marijuana bill probably will be approved during the 60-day legislative session that starts Jan. 19. Democratic Gov. Michelle Lujan Grisham would be sure to sign the measure into law.

Lujan Grisham wanted recreational marijuana to be legalized during this year’s 30-day session. The governor put the marijuana measure on the legislative agenda, even though her critics said the debate might consume many hours that should be devoted to the state budget.

It didn’t. Even with the governor’s support and a Democrat-controlled Legislature, the marijuana bill died in the Senate Judiciary Committee on a 6-4 vote. Two Democrats sided with four Republicans to kill it.

Lujan Grisham over the weekend renewed her campaign for legalization of recreational cannabis in an email to various constituents. She referred to the proposal’s defeat this year, and lobbed criticism at lawmakers for inaction.

“Unfortunately, the Legislature couldn’t come to an agreement, even though the economic impact would have created thousands of new jobs and sustainable state revenue sources to invest in New Mexico’s future,” the governor wrote.

She makes marijuana sound like a panacea for government and taxpayers alike. A deeper look shows the financial benefits of legalizing marijuana are always overstated by advocates.

They brag about tax revenue but ignore black markets that still exist in states where marijuana is legal.

Police have to contend with dealers who sell marijuana without a tax markup and pocket the profits. Blunting illegal sales is a headache for many states and a nightmare for California, which has the largest marijuana crop and the most customers.

Even with these drawbacks, the country’s opposition to marijuana has lessened each year.

Fifteen states and the District of Columbia have legalized recreational cannabis, usually by public referendum. It’s harder to get an issue on the ballot in New Mexico than in many other states. Knowing this, Lujan Grisham and liberal legislators hope to legalize the drug by statute.

They have watched much more conservative states — Arizona, Montana and South Dakota — approve marijuana use for adults. Many Democratic lawmakers say New Mexico loses money each day it delays in joining the movement.

It’s inevitable that recreational marijuana will be legal in most of the country. Where it’s not, medical marijuana is often available.

A total of 101,770 residents of New Mexico had medical marijuana licenses as of last month, according to the state Department of Health. That’s about 5 percent of the state’s population.

Rather than licensing thousands more people who claim they have post-traumatic stress disorder, the state might as well legalize recreational marijuana for people 21 and older.

In her push for such a law, Lujan Grisham also makes much of how the change would create a fairer justice system.

“I’ve listened to deep concerns for people whose lives have been turned upside down by the inequitable effects of minor marijuana convictions along with an undeniable call for increased public safety, especially for New Mexico children,” Lujan Grisham wrote to constituents.

The New Mexico Legislature in 2019 decriminalized possession of up to half an ounce of marijuana, and Lujan Grisham signed the bill into law. It’s now a civil offense that carries a fine of $50.

For lawmakers, the greatest challenge of legalizing recreational cannabis would be the related job of establishing a thorough system to expunge criminal convictions of people who possessed small amounts of the drug.

Republicans say it’s a myth that this step would wipe clean the sheets of many convicted criminals who say they have trouble landing a job.

Former Gov. Susana Martinez, a longtime prosecutor and vigorous opponent of marijuana legalization, often said it was rare to find someone who was incarcerated simply for possession of a few joints of marijuana. Most often, she said, people with marijuana convictions who were in jail had committed burglaries, car break-ins or other property crimes.

With Lujan Grisham having replaced Martinez, and almost all the Democrats who opposed marijuana legalization ousted from the Legislature, the next bill should be on a fast track to approval.

It will be ballyhooed as an economic triumph for a state suffering through the coronavirus pandemic.

Any worries about sky-high motorists, bloated revenue projections and black-market dealers won’t get nearly as much attention.