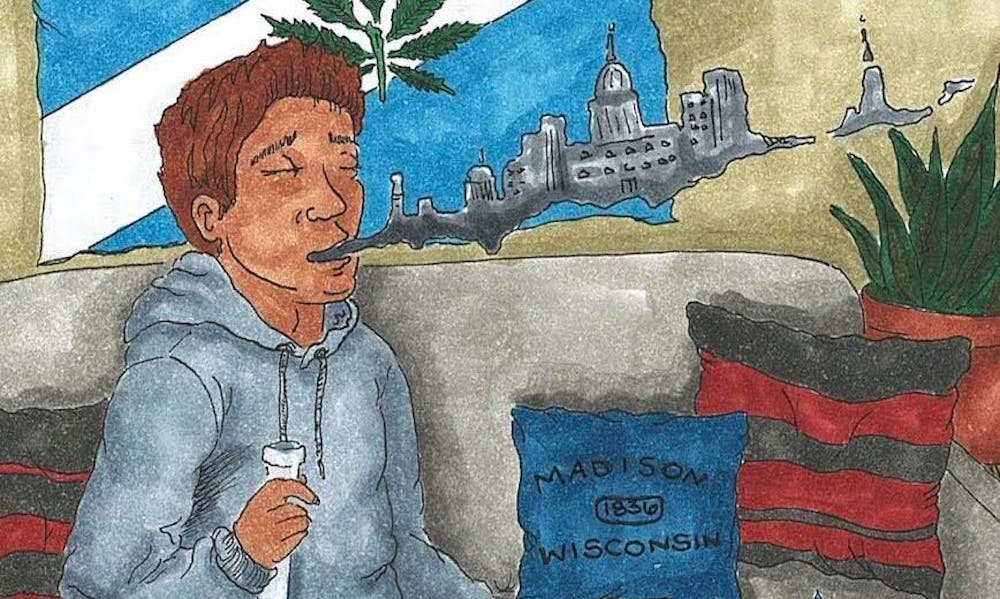 The Madison City Council unanimously passed ordinances to decriminalize the public use of cannabis under 28 grams at its Tuesday meeting.

The ordinance permits individuals 18 years or older to consume and possess up to 28 grams of cannabis or cannabis derivatives on private or public property with consent from the landlord or owner. The mandate also prohibits consumption of cannabis by individuals under 18 and when operating a vehicle.

Another ordinance proposal passed at Tuesday’s meeting created an exception for the crime of possession of drug paraphernalia for cannabis and cannabis derivatives use.

Before the ordinances passed, first-time offenders for possession of marijuana faced a misdemeanor violation punishable by a fine of up to $1,000 and potential imprisonment up to 6 months. A second offense, categorized as a Class I felony in compliance with Wisconsin’s state marijuana laws, resulted in a punishment by a fine of up to $10,000 and/or imprisonment for up to 3.5 years.

Now, these convictions no longer exist in Madison. People found to violate the marijuana possession laws will face a bail deposit amounting to $1.

In Tuesday’s meeting, Ald. Mike Verveer, District 4, spoke about the data he retrieved from the Madison Police department, citing the racial background of marijuana possession related offenses on the overall community.

“The reality based on a 20 year study on a casual possession of marijuana ordinance citations issued by the Madison Police Department, approximately 51% of those citations were issued to whites and over 43% were issued to Blacks,” Verveer said. “There are undeniable racial disparities here.”

As the city council achieved consensus on the issue, other public figures disapproved of the new measures.

Acting Police Chief Vic Wahl offered his own trepidations toward the proposed ordinances in a prior interview with the Cap Times. Wahl would prefer if city ordinances remained consistent with the state law in regards to marijuana.

“I’m concerned that the city is putting forth a policy allowing 18-year-olds to smoke marijuana, but not drink alcohol,” Wahl said in an email. “I also am concerned that these ordinances don’t do enough to keep marijuana out of the school environment.”

Wahl hoped the council would raise the bail deposit for possession on school property and buses, prohibit consumption on park property, raise the permitted age to 21 and prohibit any consumption in a motor vehicle.

Ald. Max Prestigiacomo of District 8, a co-sponsor of the legislation, said prior ordinances related to marijuana criminalized poverty and homelessness and that previous laws epitomized “‘upper class progressivism, leaving our most marginalized communities behind.”

“The necessity of this ordinance amendment surpasses the reasoning that marijuana just ‘isn’t a dangerous substance’,” Prestigiacomo said. “Compounding and successive fees coupled with restricting where consumption is allowed are direct causes of this injustice.”

Prestigacomo said the order’s would go into effect as early as Friday, when Madison Mayor Satya Rhodes-Conway usually signs legislation.